This week America will be pre-occupied with the fifth annivesay of 9/11, but there is also, this week, the 35th anniversary of the Attica Prison Rebellion. I remember the day well on September 13, 1971 when Governor Nelson Rockefeller ordered the retaking of the prison in which New York State Troopers killed 45 people in D yard in cold blooded murder. None of the hostages or prisoners killed that day were killed by inmates, but by New York State employees. It was like shooting fish in a barrel.

The state has never apologized to inmate families or correction officer families for the atrocity committed that day although small reparations have been made. Correction Officer families have been treated dispicably by the state. For their story click here. 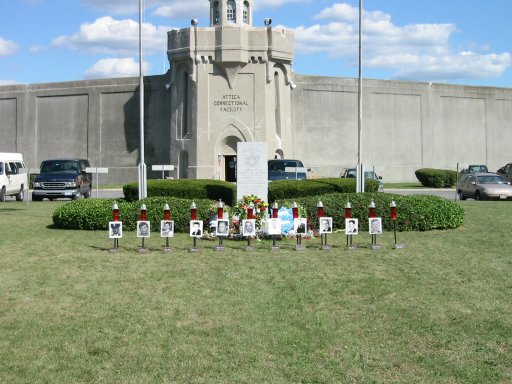