Scott Tayler, a Co-Minister of the First Unitarian Church of Rochester, NY, gave a very interesting sermon on February, 3, 2008, entitled "The Healing Power of 'We Can't'".

Reverned Tayler talks about his Mennonite roots of nonviolence and his attempt to square this with American Exceptionalism which is the American belief that we are divinely ordained to save the world. This hubris leads to an unconscious belief that we are God. To what extent does our nationalism become idolotry?  Rev. Tayler then goes on to express a concern about America's survivor guilt, our sense of compassion of being responsible for the negative consequences of what we have set in motion.

I become quite impressed with the quality of Unitarian Universalist preaching about issues that affect our lives. I highly recommend Scott's sermon to you. It lasts about 20 minutes and you can listen on line or download the sermon to an MP3 player by going to the Digg site by clinking on the link below.

Link: Digg - The Healing Power of "We Can't" (February 3 2008) (Sermons from the First Unitarian Church of Rochester NY).

The Center for Disease Control issued a press release on 02/24/08 about the increased deaths and dangers of "the choking game."

At least 82 youth have died as a result of playing what has been called “the choking game,” according to a study released by the Centers for Disease Control and Prevention in today′s Morbidity and Mortality Weekly Report. The choking game involves intentionally trying to choke oneself or another in an effort to obtain a brief euphoric state or “high.” Death or serious injury can result if strangulation is prolonged.

Eighty–seven percent of these deaths were among males, and most fatalities occurred among those 11 years to 16 years old; the average age was 13, the report said. Choking game deaths were identified in 31 states, it said.

"When cast into the depths, to survive we must first let go of things that will not save us. Then we must reach out for the things that can...Unless we reach out to and for others, seeking meaning not in our own suffering, but in our shared experience of the human condition, our lifelines will not hold."

Social class may affect teens' view of their health

And, in fact, teenagers in the study often rated their health differently than their parents did, the researchers report in the journal Pediatrics.

But the study also found that families' views differed according to income. Among higher-income families, children's and parents' health ratings depended on physical health factors -- such as how often the child had been sick in the past month, or the number of missed school days in the past year.

For low-income families, physical health mattered, but so did mental health. In general, teenagers who had seen a mental health professional in the past year gave better ratings to their overall health than other low-income teens did.

Mental health indicators did not have a clear influence on higher-income teenagers' health ratings, even though they reported about as many days of "sub-par mental health" as low-income kids did.

"A machine cosmology gives rise to unemployment and scarcity, where a cosmology of connection would encourage economics of abundance."

Chalicefire is a new blog published by myself and some of my colleagues at Pullman Memorial Universalist Church in Albion, NY. While I am prejudiced and biased, I think it's great and encourage you to visit and read it regularly.

"Every time we have objected to the use of the land as a commodity, we have been told that progress is necessary to American life. Now the laugh is ours." 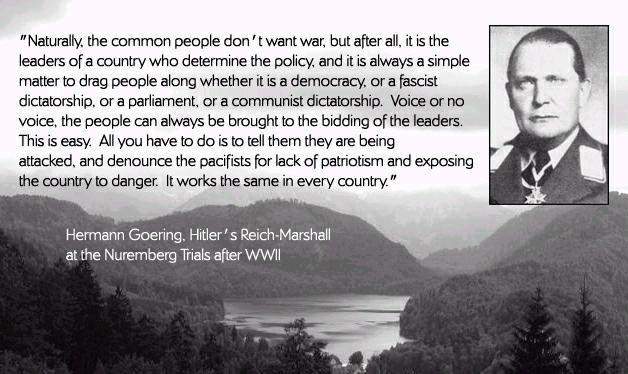 Click on picture above for a better view and to read the quote.

While military spending has escalated in recent years and Dwight D. Eisenhower warned Americans in the 50s about the danger of the military/industrial complex, none of the candidates are seriously discussing this issue and all of them except Ralph Nader seem to favor military spending at record levels according to an article published on 02/21/08 on the Foreign Policy in Focus web site. Here is a snippet from that article:

One issue that will not be discussed in tonight's presidential debate between Hillary Clinton and Barack Obama is our nation's burgeoning military budget. Earlier this month, the Bush administration announced a proposed military budget of $614 billion, not counting the full cost of the wars in Iraq and Afghanistan. This represents the highest level of spending since World War II, even though our most dangerous adversary is a dispersed terrorist network measured in the tens of thousands, not a nuclear-armed Soviet Union whose armed forces were measured in the millions. If Secretary of Defense Robert Gates and Joint Chiefs of Staff Chairman Michael Mullen have their way, these massive levels of spending will continue even after the end of the war in Iraq, with a "floor" on military spending of 4% of our Gross Domestic Product. Not only have the major presidential candidates been largely silent on these record expenditures, but they want to increase them. Barack Obama has said we will probably need to "bump up" the military budget in a new administration, and both he and Hillary Clinton have committed themselves to increasing the size of the armed forces by tens of thousands of troops. On the Republican side of the aisle, John McCain and Mike Huckabee are looking to spend even more than their Democratic counterparts.

To watch a 5 minute YouTube clip on Ralph Nader's position on the military budget click here. Ralph says that the military budget is not driven by defense considerations as much as by the corporate needs for profits obtained from selling weaponry to the U.S. government.

The Unitarian Universalist Association passed a resolution in 1979 encouraging congress to reduce our defense spending and reorder our national priorities.

The resolution says in part:

BE IT RESOLVED: That the 1979 General Assembly of the Unitarian Universalist Association urges its members, churches and societies actively and persistently to work for change in federal spending priorities; that such efforts include, but not be limited to:

Link: Foreign Policy In Focus | Dems: What about the Military Budget?.

The death penalty is no deterent and since 1989 there have been over 200 post conviction DNA exonerations in the United States according to the Innocence Project.

Ralph Nader is the only honest and just candidate in this Presidential campaign who has a reasonable policy on the death penalty. He is against it as all other first world industrialized nations are.

The Unitarian Universalist Association has had a position against the death penalty since 1961.

I want Ralph Nader for President in 2008

Ralph Nader has announced his candidacy for President of the United States on Meet The Press this morning, 02/24/08. He made a compelling case for a voice for the people and not the corporate interests. Of course, he can't win, but he can influence the debate, and his is a voice of truth and reality which must be heard by the American people if our democracy is to survive. Check out his website by clicking the link below.

Link: Ralph Nader for President in 2008.