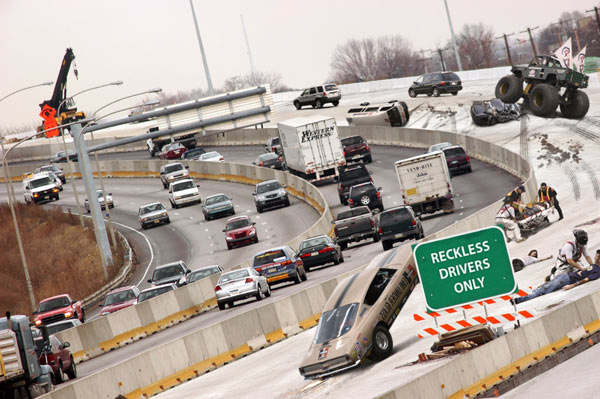 The Onion reported on March 12, 2008 that the Department Of Transportation is creating special lanes for reckless drivers. This is an idea whose time has come. If they had such lanes back in 1993 perhaps my two children would not have been killed.

Here is a snippet of The Onion article:

"These new lanes are for the millions of drivers who can't be bothered with speed limits, turn signal use, or not careening madly out into oncoming traffic," Peters said during the opening ceremony for the first reckless-driving route, a steeply banked, guardrail-lined on-ramp to I-395 outside Arlington, VA. "Whether hell-bent on putting themselves and everyone around them in danger or just drunk off their gourds and out for a simple joyride, America's reckless will no longer be forced to putter along with careful, conscientious, considerate citizens."