1/3 of the 1,700 kids, aged 18 - 14 killed each year from accidental injuries (including motor vehicle crashes), homicide and suicide occur during prom and graduation season.

Because of this heightened concern and awareness I have been asked to give some presentations at some of the local high schools. I have three scheduled this year, and the last two days I have given two, and next week I will do the third. These presentations are given to high school assemblies of seniors,  and in some cases seniors and juniors, about DWI and making "good choices". This has been less than satisfying for me for a whole bunch of reasons. However I have been given an opportunity to review some of the data and I thought I would share some of it here because I think it is instructive in many ways of the kind of society we are living in.

1 in 3 12th graders report, on survey, that they have binge drank (5 or more drinks on a single occasion) in the last two weeks. This data is pretty consistent in Genesee County,NY, New York State  as a whole, and across the country.

Goofing on the 150 or so juniors and seniors I talked with this morning, I asked them to raise their hands if they had binge drank in the last two weeks. Surprisingly about twenty hands went up and one kid shouted out laughing, "Yeah, I got wasted!!!", the kids around him laughed.

I asked them why they think so many kids binge drink and they shouted, "Because it's fun."

90% of the estimated college rapes per year (97,000) occur when the victim, perpetrator, or both are intoxicated. I live in a college town and I remember a few years ago seeing an article in the college newspaper reporting that 11 rapes had been reported to campus security that year. I was startled. Is that high, low, under reported? I thought rape was a serious felony crime and rapists, if convicted, go to prison. Are college student rapes on a college campus reported to campus security handled differently? Is this a different type of crime?

25% of sexually active college students , or about 400,000 college students between the ages of 18 - 24 per year, report having unprotected sex per year while under the influence. Studies have found that 20- 25% of young women are infected with a STD like chlamydia and/or gonorrhea without knowing it.

Living in the downtown area of a college town in Brockport, NY, on Saturday morning when I walk the two blocks from my house to my office to see clients, I have to walk around the piles of vomit on the village sidewalks. Last week I could actually see the elbow macaroni and beans from Jimmy Z's garbage plate in the vomit. There were three piles on the corner of King Street and Main Street. This is a common occurrence. I pointed out to the kids this morning that alcohol is poison and your body tries to reject it and if the body cannot, alcohol poisoning leads to coma and death.

Alcohol is readily accepted in our society and glamorized in commercials and advertisements constantly. Is it any wonder that "getting wasted" and "to party" have become synonymous?

After my two kids were killed in a drunk driving crash, perhaps I am over sensitive, but the tragedies and heartache caused by alcohol, it seems to me, far outweigh its benefits and pleasure especially when used to excess as the youth in our society seem to do in significant numbers.

Here is my daughter Brigid in her Irish dancing dress before a performance when she was 5 about a week before she was killed. 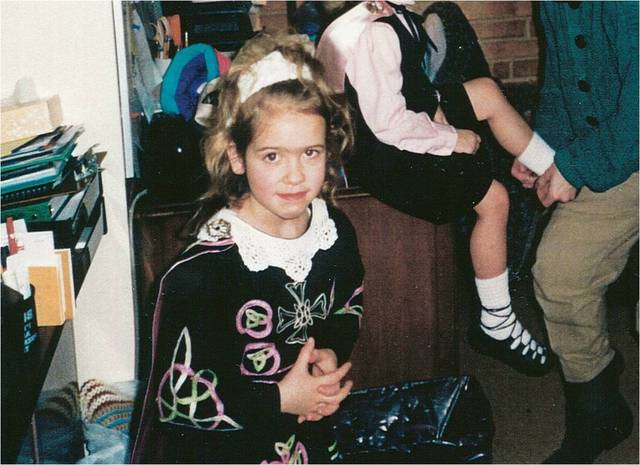 Here is my son Ryan in his Irish dancing outfit before a performance about a week before he was killed . 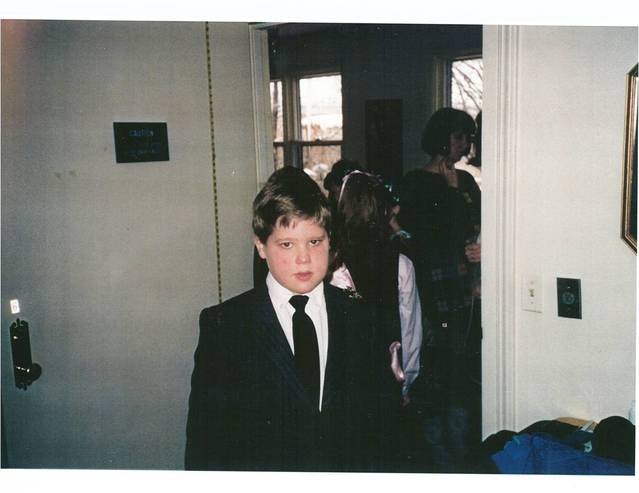 Here is the 18 Wheeler tractor trailer that smashed into the car driven by my wife and with four of my children in it. It was the driver's third DWI. 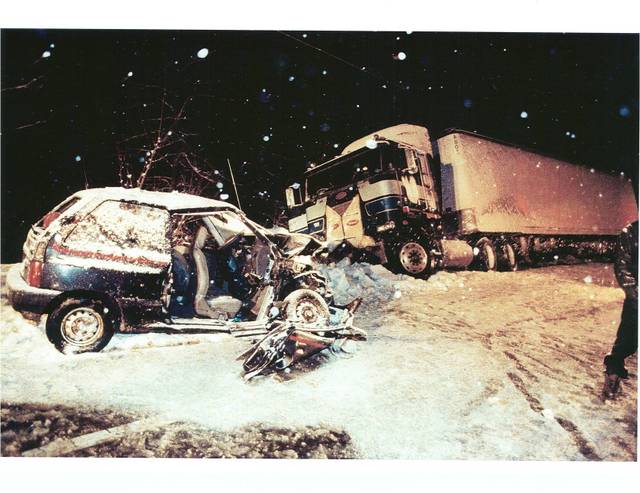 This is me, a tired old man, talking about it after 15 years. Had they not been killed at age 5 and 8, Brigid would be 21 today, and Ryan would be 24. I miss them terribly. They were great kids and would have been outstanding adults. Our world is poorer for not having them in it. 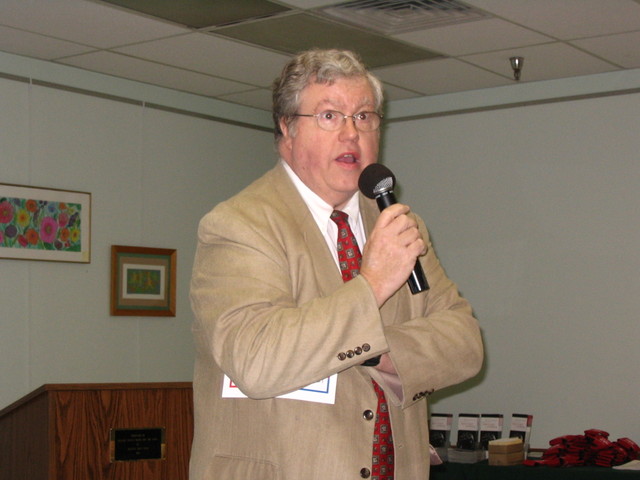 incredible info about our students, I'm a little worried about those problems.

You story was so shocking for me, thats a grief that you will carry until your last day. Hang on.

I'm really sorry for your lost, I know words are never enough but I hope you can find faith!
tatiana

Beautiful pics, your history is amazing, thanks for sharing.

Your history is very sad, but is important that you share with us, thanks.

hey friend very interesting article about Prom and graduation season!! thanks for sahring

I have three scheduled this year, and the last two days I have given two, and next week I will do the third.