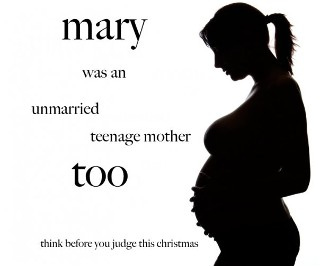 Yahoo News, using a piece from Reuters, reports on July 25, 2008, about a paid advertisement in a major Italian newspaper placed by 50 Catholic organizations to lift the Vatican's ban on birth control. Here is a snippet from the article:

More than 50 dissident Catholic groups published an unusually frank open letter to Pope Benedict on Friday saying the Church's ban on contraception has been "catastrophic" and urging him to lift it.

The letter was published as a paid half-page advertisement in Corriere della Sera, Italy's largest newspaper, on the 40th anniversary of the late Pope Paul VI's controversial encyclical "Humanae Vitae," which enshrined the ban.

While criticism of the Vatican and its views is fairly common in articles and editorials in Italian newspapers, it is unusual for a group to take out paid advertising against the pope, particularly in a large-circulation mainstream newspaper.

The letter, written in Italian, said the Church's anti-contraception policy "has had a catastrophic impact on the poor and powerless around the world, endangering women's lives and leaving millions at risk of HIV."

Of course, changing the teaching is long overdue. The church has been wrong about this teaching for decades since Humanae Vitae, the encyclical in the 60s by Paul VI, that started the controversy and dissent by the laity. Since that time the church has lost credibility and the faith of the people it professes to lead.

How about considering the standard discernment question, What Would Jesus Do? I think Jesus would fully support the use of birth control.

You're soooo talented in writing. God is truly utilizing you in tremendous ways.

I recently came across your blog and have been reading along. I thought I would leave my first comment. I don't know what to say except that I have enjoyed reading. Nice blog. I will keep visiting this blog very often.