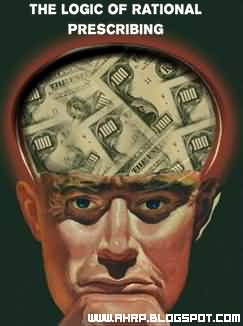 It is really concerning, Since the researchers also found that some of the most frequently distributed samples may be unsafe. But is only a past issue, i'm sure it's safe now.

I am pleased with your blog Thanks for sharing.

The warnings about antidepressants and an increased risk of suicide were among the most concerning to parents.

Thank u for such an informative blog! In future, for more information I will be in touch.Very interesting study and information.http://www.youtube.com/watch?v=wVHw5vTf4qQ I've been unaware of all dese researchs until now...

Thanks for the post. Im a big fan of the blog, i've even put a little bookmark right on the tool bar of my Firefox you'll be happy to find out!

Thanks for the links and for the information.Everything here is so helpful.Great work. Have a look at this Sleep Aids. Keep it up!

My opinion on this matter is this: the parents of the child should also take the initiative to research on the credibility of the pharmaceutical product. There are doctors that give samples that came from a reputable and reliable pharma manufacturers. It's all about reading the label and considering the brand name.

Psychology is the great and wide field of information. All you shared here is linked to it too. Thanks for sharing.

It’s difficult to get knowledgeable people today on this subject, but you sound like you know what you are talking about. Thanks for this informative post.

Its very shocking to read.

I must say I love the picture you posted there and I believe it really represents your post.