How cool is this organization - Buffalo ReUse. Here is a brief description from their web site:

Buffalo ReUse, Inc. is a not-for-profit organization committed to developing the practice of deconstruction to create a community minded alternative to demolition. In Buffalo between 10,000 and 20,000 structures await demolition and the city has tentative plans to demolish 1,000 houses a year indefinitely. Deconstruction, the careful disassembly of a building in the opposite order to the way it was originally built, is the vehicle for diverting reusable materials from the landfill; providing a source of high quality materials for homeowners; providing meaningful job opportunities; and creating positive changes in the neighborhoods in which we work.

Buffalo ReUse facilitates the techniques of hybrid deconstruction to disassemble buildings more efficiently and safely, while also maximizing the quantity of materials that can be reused. Hybrid deconstruction is an intelligent combination of human labor and machines. The technique was developed by ReUse Consultant

, and Buffalo ReUse has been training with Mr. Bennink to integrate these techniques into our operation. Hybrid deconstruction involves carefully dissecting a building into large chunks that are lowered to the ground with the assistance of a telescopic fork lift. On the ground, reusable materials can be safely and efficiently removed, sorted, organized, and resold.

The practice of deconstruction is physically demanding and requires a heads-up and safety minded attitude. Coordination and efficiency is the key to our success and it is critical that all employees remain focused and work as a team. 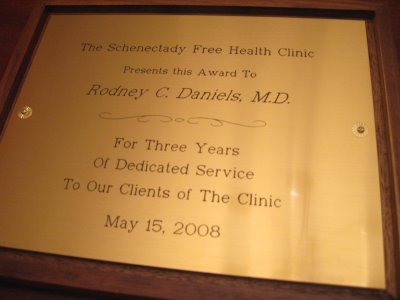 I am very proud and grateful for my son in law, Dr. Rodney Daniels. I am not shy about posting things on my blog that I am upset and angry about because I find them unjust, selfish, and cruel. I remind myself that it is also important to express my admiration and gratitude of what is just, compassionate and loving. My son-in-law is leaving his residency at Albany Medical Center for a fellowship in Pediatric Critical Care in Cinncinati at the end of June. My daughter, Maureen, put a tribute to Rodney's good work at a free clinic in Schenectady on their web blog today. I am proud to share it with you. 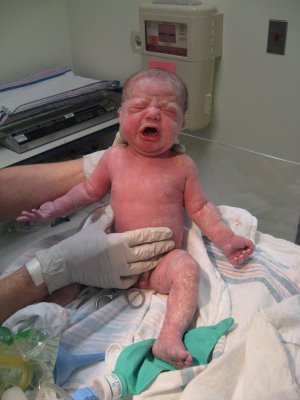 I love NPR's StoryCorps series. These are real stories told by real people and it has helped restore my faith in human kind. It has reminded me that the important things that happen in life happen between every day people who are kind to each other. One such story is the story about Cronig's Market and the relationship which developed between Robbie Cronig and Stever Bernier. It would be a far different world if people operated this way every where.

Robbie Cronig took over his father and uncle's market, Cronig's Market, on Martha's Vineyard which had been started in 1917. After working at the store his whole life he sold it to Stever Bernier who had worked at the store for years. It was sold on a handshake something very rare these days. Here is part of what it says on the StoryCorps web site:

Bernier says that shortly after he met Cronig, they discussed him buying the store.

"You slapped the keys in my hand and you said, 'Someday you're going to own this place,'" Bernier recalls.

"It was wonderful because [Bernier] was exactly what I wanted to take over the business and no way in the world could I refuse," Cronig says. "I didn't ask for a nickel down. I didn't ask for any paper, anything. And he was the most honest man I've ever done business with, ever."

To listen to Steve and Robbie tell their story click on the link below. The story is short, maybe 4 minutes or so. It is well worth the listen.

The sweetest words - "It's been really nice knowing you."

Another great StoryCorps story is the story which Kristi Hager told StoryCorps volunteer, Cherie Newman, about her mother, Norine. Kristi describes herself, when 9, laughing with her mother in deep and resonating ways, and when she describes her last meeting with her mom, when her mom said, "Kristi, it's been really nice knowing you," Kristi says, choking up as she weeps, "It was the sweetest thing I ever heard." I was listening in the car and it brought tears to my eyes.

This is one of the most moving mother-daughter stories I have ever heard. I highly recommend it. It takes about 4 minutes. Click on the link below to go to the NPR StoryCorps web site where you can listen.

Link: NPR : A Fit of Laughter That Lasts Today.

Unfortunately, the United States which prides itself disengenuously as standing for peace and democracy is engaged in an illegal and immoral war perpetrated by a pre-emptive strike on a nation that posed no immediate threat to the United States. According to the Bush administration and the right, the United States is now engaged in a perpetual war on terrorism which like the war on poverty and the war on drugs will be a permanent state of affairs for future generations of Americans as long as they are willing to be led by the nose by politicians bought and paid for by the corporatocracy. The corporatocracy owns the five major media outlets in the United States and they will barely mention, if at all, tomorrow the International Day of Peace because they believe that it is bad for business.

However, there will be pockets of dreamers who will celebrate tomorrow the vision of international peace and as John Lennon sang, we can Imagine.

While global warming is still a huge issue which needs immediate attention, it is reassuring to know that we humans can work together to improve the quality of life on our planet when we choose to. 191 countries came together 20 years ago to agree to the Montreal Protocol to discontinue the use of chemicals that deplete the ozone layer. It appears that the efforts are making a difference and the ozone hole is healing. A brief blurb from the 09/17/07 article on the sustainablebusiness.com web site says:

The Earth's ozone layer is on track to heal, thanks to the work of dozens of countries that signed a landmark international environmental agreement initiated 20 years ago.

Known as the "Montreal Protocol," this ambitious treaty requires countries to phase out production and use of compounds that deplete ozone in the stratosphere. Initially signed by 24 countries Sept.16, 1987 in Montreal, this treaty today covers 191 countries and is widely hailed as the most successful international environmental agreement to date.

"Twenty years ago, the community of nations came together to adopt a global strategy for the global challenge of ozone depletion. Today, we at EPA join our international partners in celebrating the anniversary of the Montreal Protocol - a shining example of how human ingenuity, leadership and determination can create a healthier, better world," said EPA Administrator Stephen L. Johnson.

Congresswoman Barbara Lee the one congressperson of wisdom, judgment, conscience, and courage will be remembered for her vote 6 years ago today on 9/15/01

Congresswoman Barbara Lee seems to be our only representative with the wisdom, good judgment, and conscience to see through the farce being perpetrated against the American people and the world. She is a saint among us and should be admired as a person of virtue, integrity, and courage.

"It was a vote of conscience," says California Democratic Representative Barbara Lee.

On September 15, the US Congress approved a resolution authorizing President Bush to use "all necessary and appropriate force" against anyone associated with the terrorist attacks of September 11. The measure passed 98-0 in the Senate and 420-1 in the House. The lone dissenting vote was a colonel's daughter and longtime maverick from California -- Democrat Barbara Lee.

"I am convinced that military action will not prevent further acts of international terrorism against the United States," Lee said on the House floor on Sept. 15. "There must be some of us who say, 'Let's step back for a moment and think through the implications of our actions today -- let us more fully understand the consequences.'"

Link: Alone on the Hill.

What would happen if a city got rid of its stop lights and traffic signs? Would it increase crashes or decrease them?

A Dutch traffic specialist has developed the idea of "shared space". His idea appears to be that if you remove traffic control devices that people will have to be more sensitive, more aware of others, and a kinder gentler human environment is created. It seems to have worked in one city in the Netherlands and now is being tried in Germany. What about in the United States? Are we ready for something like this? It might change the tone and style of our communal interaction.

A town council in Germany has decided the best way of improving road safety is to remove all traffic lights and stop signs downtown.

From September 12, all traffic controls will disappear from the center of the western town of Bohmte to try to reduce accidents and make life easier for pedestrians.

In an area used by 13,500 cars every day, drivers and pedestrians will enjoy equal right of way, Klaus Goedejohann, the town's mayor, told Reuters.

"Traffic will no longer be dominant," he said.

The idea of removing signs to improve road safety, called "Shared Space," was developed by Dutch traffic specialist Hans Monderman, and is supported by the European Union.

To learn more, click on the link below to take you Dan's web blog, North Coast Cafe, where you can learn more.