Just as we are aware of the idea of "caveat emptor", let the buyer beware, in our economic interactions, we should be aware of media distortions and strive to be "media literate" so we can develop immunity to toxic misinformation.

Sean Hannity gets it wrong prompting killings in Knoxville

“If the Left succeeds in gaining and retaining more power, the well-being of future generations will be at greater peril. I fear (our children) will inherit a nation that is less free and less secure than the nation we inherited from the last generation. It is therefore our job to stop them. Not just debate them, but defeat them.” — Sean Hannity

I found these words on page 11 of your book Let Freedom Ring. This book, and similar ones from your conservative colleagues Bill O’Reilly and Michael Savage, was found in the home of a man who read those words, internalized those words, and then loaded his shotgun. He took 76 rounds of ammunition with him to a place of worship—a place where he knew he could do his job to stop and defeat some liberals. At the Unitarian Church in Knoxville, Tennessee, Jim Adkisson, a fan of yours, killed two people, wounded five others, and left an entire congregation and country shaken by his actions. Actions prompted, as he testified in his own written notes, by the ideas contained in your words.

Posted at 07:51 AM in Back story, Cultural indicators, Current Affairs, Getting it wrong, Media, Social Policy, Society | Permalink | Comments (1)

The collective unconscious and net neutrality- the connection

Andrew Boyd in his book, Daily Afflictions, defines "The Collective Unconscious"  this way: "An unspoken, consensual hallucination of social order that permits the individual to mask any responsibility he or she might feel for government wrongdoing or social ills in a web of numbed-out apathy and mass denial." p.91

Having read Rick Shenkman's book, Just How Stupid Are We?, I have thought a great deal about what is wrong with "We, The People". I am coming to the conclusion that we are not stupid in the intellectual sense although there is plenty of evidence that we are, but rather than we are unaware as a people and that, in this age, is causing great problems.

The problem that The People face is not an intellectual one but rather a psychological and spiritual one.

The collective unconscious allows us to continue to live in a delusional world that becomes increasingly dysfunctional because of the collusion of political and corporate power used to keep Americans anesthetized on cheap material goods, fast food, and entertainment.

There are pockets of awareness but no social institutions which nurture it except perhaps blogs on the Internet. Net neutrality is a huge issue upon which the future of the soul of America is based. Without the Internet, the information, encouragement, and inspiration for we The People to become conscious is severely constrained.

One of the most important campaign issues for 2008 is net neutrality. Let's bring this issue to the fore for once and for all. The soul of America depends on the net staying free. It is the hope of awakening the slumbering masses who have been sedated by shopping.

Markham's Behavioral Health has passed the half million views mark

Since August of 2003, Markham's Behavioral Health has had over half a million page views, 500,985 to be exact a minute ago. I don't suppose, compared to the big blogs, that is a big deal, because many of those blogs are getting that many views per day and week not over almost 5 years.

So, I don't know what it means that the blog has received a half million views, but I wish that for some folks along the way it has been helpful and in some small way has made our world a better place.

Here is the reason why smart and sophisticated people listen to Jon Stewart's The Daily Show for the news albeit satire, because he is one of the few who actually alludes to the important news in our society.

The Senate Intelligence report came out on June 5, 2007 and basically concludes that the Bush administration lied and distorted the facts to rationalize reasons for the war misleading the American people into a trillion dollar fiasco. Two of the three networks, CBS, and ABC didn't mention this most significant finding at all on their news broadcast, and NBC only gives in cryptic coverage.

It seems indeed ironic that you have to watch a satirical comedy program to get any significant news in the U.S. Makes you seriously question the role of the corporate media in our so-called democracy where propaganda and entertainment passes now as the evening news, and comedy gives us the truth.

The video lasts 4:24 and is worth watching.

Jon Stewart mocks the vacousness of the media. Great critque.

Jon Stewart mocks the vacuousness of the media. What a great critique. It lasts 6:41 and every student of the media should watch it.

I don't pay for cable TV because most of it is so stupid. It has very little value. I worry that our democracy is in peril if people rely on this media for their information about what is important in our society. Thank god there are critics like Jon Stewart who bring our attention to how ridiculous it is. His mockery really is funny and the joke is on us.

The other Mrs. John McCain, Carol not Cindy 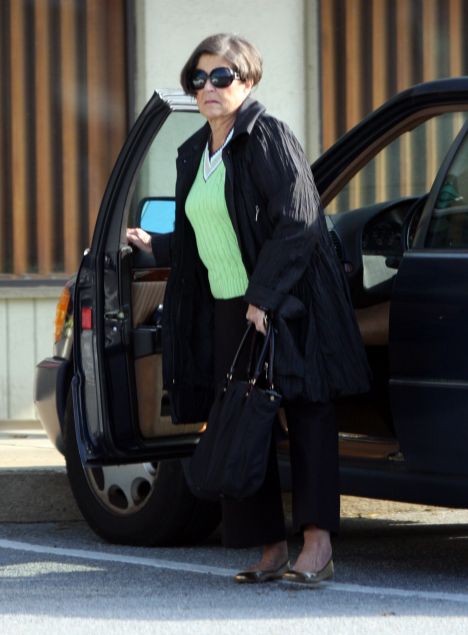 It seems odd that once again, important information about things in the U.S. comes from outside the United States. Here is a link to a very interesting article printed yesterday, 06/08/08, in the British newspaper, The Daily Mail, about John McCain's marriages.

Is this the kind of person you want making judgments about what's best for us Americans?

Bill O'Reilly got it wrong about Iraq. A nation still awaits promised apology.

"If the Americans go in and overthrow Saddam Hussein and it's clean, he has nothing, I will apologize to the nation; I will not trust the Bush administration again, all right?"

I think it is important to hold public personalities acountable when they get it wrong. They have a responsibility to inform the public accurately. It fact, I believe that they have an ethical and moral responsibility to do so. And so when they get it wrong they should repent, apologize, acknowledge their mistake, and repair the harm they may have done misleading people. Misleading peope drives them crazy. It leads to mystification in our society which can have negative and sometimes dire consequences such as wars and death. So today I am starting a new category on this blog entitled "Getting It Wrong" Mr. Scarborough's statement is the first in what will be a long list.

"Hillary Clinton will be the nominee. She will crush Barack Obama. Barack, just sit it out, it's going to be ugly, I promise you. You heard it here first." Joe Scarborough, MSNBC, Dec. 20, 2006

Kelvin Lovely nails it on GoLeftTV when he gives the media moron of the week award to George Stephanopolous and Charlie Gibson when they ask Barack Obama such stupid questions as why he doesn't wear a flag lapel pin during a Presidential campaign debate.