Psychotherapeutic humanities - When to tell the children about the impending divorce?

Linda McCullough Moore's book of short stories, An Episode Of Grace, begins with the story entitled, "You choose," which begins with this paragraph:

"I’m driving on Route 91, going ten miles over the limit, on the way to my divorce, or, at least, to its announcement. My husband Jake and I decided we would tell the kids tonight. We’ve waited way too long. Our marriage died of natural causes years ago. We are planning that our children will be shocked beyond surprise, but we both know better. Any hesitation that we have about telling them isn’t fear of their surprise; it’s knowing that once we say the words, out loud, to them, it will be official, carved in stone, irreversible. But, of course, that’s what we want."

The childrens' names are Jonah who is 11 and Adam who is 6.

Of all the questions I get asked as a couple counselor and a family therapist by people going through a divorce are when and how to tell the kids?

My stock answer is "Don't tell them anything until you know specifically what the plan is unless they ask."

Kids being narcissistic in a healthy way first ask when told their parents are separating is "What's going to happen to me?" Parents need to have the answer to provide the child with whatever sense of security and predictability they are able.

The narrator in this story has her plan in place and has coordinated the telling the children with her husband and is on her way. But as she travels to the meeting with the children she gets stuck in a snow storm and as the various events unfold her ambivalence was divorcing her husband grows in poignant ways.

The ambivalence partners usually feel about a break-up with the concomitant anger, sadness, fear, hope, sense of failure and regret, are things the therapist witnesses and, hopefully, clarifies with the client(s) into some sort of coherent story that makes sense to themselves primarily and then to others affected.

The key question, often overlooked, in the emotional turmoil is, "What is the purpose of this relationship?" The genuine answers to this question usually lie at an unconscious level that the individual is not aware of and doesn't understand.

The understandings of one's motivations, choices, and responsibilities are key to growth towards greater maturity so that the individual does not jump from the proverbial frying pan into the fire and engage in what Dr. Freud called the "repetition compulsion" to merely re-enact the same scenario over again.

The narrator of the story recognizes that telling the children about the impending divorce is a milestone in the process which she determines as a point of no return. It is an action which will make the rupture permanent and complete. The finality and the closure seems to heighten her apprehension about the decision to divorce rather than mollify it and liberate her.

You choose is a great story and much can be learned as we puruse our study of the psychotherapeutic humanities.

The story in the June, 2019 issue of Harper's Magazine is "The Maid's Story" by Adam O'Fallon Price.

The story is about a hotel maid, Hannah Kohl, who is afflicted with kleptomania and steals small items from the hotel guests' rooms. Hannah steals a ruby brooch, a piece of cheap costume jewelry, from Annette Gerson who was staying for a few days on vacation with her husband and two children.

Hannah is terrified of her thefts being discovered and being fired from her job.

When Mrs. Gerson catches Hannah stealing her brooch, Mrs. Gerson enters into a scheme to blackmail Hannah into coming to her home and staying over night by offering medical care for her son, 8, suffering from polio.

As the story progresses Mrs. Gerson sexually molests Hannah and then manipulates the situation so that Hannah is fired from her job and has little choice but to move to Manhatten and become a live in nanny for Mrs. Gerson's children.

In this age of #MeToo, this is a story of sexual exploitation outside of the usual male/perpetrator - female/victim motiff. In this story a female becomes a perpetrator in a lesbian assault. What makes the story work is the class difference of a rich women preying on a poor one.

As is so often the case from a psychotherapeutic perspective, the sex is the minor part of the offense in which domination, exploitation, and abuse of power is the root evil.

Domination and subjugation robs the person of his/her right to self determination and agency.

This is how the story ends.

Hannah Kohl is called into her supervisor's office and fired. She is told there is a message for her at the hotel desk to call Mrs. Gerson.

"How horrible," the woman's voice boomed in response to the news of her termination.

"How horrible," she repeated. "Well, perhaps this is kismet. Mr. Gerson and I have just been discussing the need for a live-in nanny. I have so much to do, and only so much time-" she went on, but the maid was only half-listening, aware of herself as a guest watching might have aware of her: a slight woman in a sweater and long skirt and cheap brown shoes, shoulders shaking, bent over the desk in a posture of utter submission. 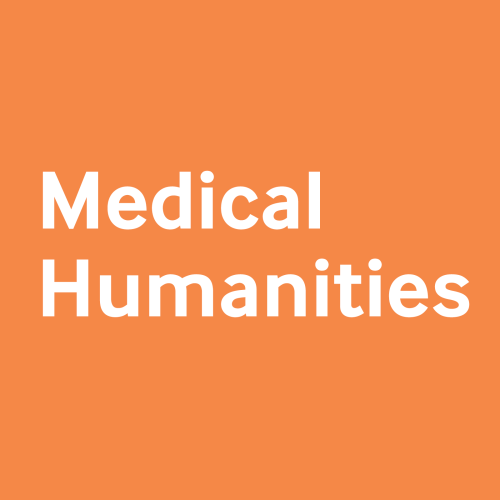 There are many activities that are involved in training psychotherapists. The main activities are academic learning about various aspects of human functioning: biologically, psychologically, sociologically, spiritually. The disciplines of study are varied and many.

Aside from the academic learning comes the practice, through internships, and later through clinical supervision, which consists of discussing one’s work with a more experienced psychotherapist. Learning for a psychotherapist is ongoing and lifelong.

One of the activities that may provide the most learning is the study of the psychotherapeutic humanities, a branch of the medical humanities,  which are the arts such as novels, films, plays, art, and music. The humanities have much to teach physicians, nurses, the psychotherapist, and other human service workers about human nature and life.

On Markham’s Behavioral Health we describe works of art which are helpful in our understanding of human nature and our lives. It is this understanding that contributes to the maturity and wisdom of the psychotherapist.

Over the next few weeks, material from Linda McCullough Moore’s book of short stories, An Episode of Grace will be discussed. It would be informative and enjoyable if people were to read the book and join in the discussions by commenting on the articles posted.

What happens when parents suddenly die in a car crash and leave a 17 yr. old son, a 16 yr. old son, a 7 year old daughter and a baby daughter in a rural farming community in Northern Ontario, Canada?

Grown up Kate, now in her 20s tells most of the story.

It is a narrative full of love, sacrifice, loyalty, persistence, projection, and descriptions of attachment styles that are fascinating.

Kate certainly has become avoidant although she had been every attached to her brother, Matt the youngest son. This attachment dynamic is the plat of the book. While Luke the oldest, and Bo the youngest are interesting characters, the primary creative tension revolves around Matt and Katie, 16 and 7 when tragedy strikes the family.

This novel is an extraordinary description of sibling relationships and the significant role they play in our growth and development.

I give Crow Lake a 4/5 and recommend it if you are interested in family dynamics especially those between siblings who are thrown upon their own resources to care for one another.

I would recommend this book to students entering the helping professions especially for its depiction of attachment styles.

There are plenty of slave narratives. Do we need any more?

Colson Whitehead's novel, The Underground Railroad, tells the story of a young slave woman, Cora, who escapes the Randall plantation in Georgia with a male companion Caesar and makes her way north and west on a literal underground railroad whose tunnels have been dug by abolitionists committed to undoing the bonds of slavery.

The scenes about slave torture and killings are terrible and offset to some extent by the kindness of strangers who help and conduct the slave escapees to freedom.

This is a story about the tenacity and perseverance of the human spirit against the evil of economic forces and power which exploit, subjugate, oppress, and terrorize to maintain power and dominion. It is a more extreme story of what is happening in America today with Trumpism and the championing of racism, mysogony, xenophobia, deceit and using fear and terror to undue civil liberties and the rule of law.

The Underground Railroad is an old narrative going back 300 years in the United States and continuing on in more subtle and insidious forms in our country today.

Cora and her companions seeking freedom and human development in the face of life threatening terror and domination is a souce of inspiritation and hope. The people who help her and her companions are the unnamed saints and martyrs for the cause of human dignity and respect. While a difficult book to read because of intentional pain and suffering deliberately inflicted to dominate and subjugate human beings, it is more importantly a book not only of resistance, but of endurance, hope, and triumph.

I give The Underground Railroad by Colson Whitehead a 4.5 on the Markham Behavioral Health 5 point scale.

Posted at 07:00 AM in Books, Psychotherapeutic humanities | Permalink | Comments (0)