Should the legal drinking age be lowered?

Since the drinking age was raised to 21 tens of thousands of lives have been saved not to mention injuries, rapes, property destruction. From a public health perspective, raising the legal drinking age from 18 to 21 has been a huge success. However, critics have been concerned about the amount of binge drinking that occurs especially in the first couple of years of college which has lead some opinion leaders to suggest that the drinking age should be lowered again to 18.

While this is a serious discussion, I think the arguments for lowering the drinking age are largely without merit. Here's a satirical piece from The Onion on Teenagers and Alcohol.

This is part of what Amy Goodman, the host of Democracy Now, had to say: "

You can jail the resisters, but you can't jail the resistance. George W. Bush, take notice as U.S. Army Lt. Ehren Watada is court-martialed next week. Congress, take heed. Young people in harm's way are leading the way out of Iraq. It is time you followed.

Lt. Watada deserves our support as a person of conscience. He is a courageous man who has taken a stand for truth, justice, and morality. He is a true American. For more information, click on the link below.

Don't Be Afraid Of Dying On The Battle Field. Support The Troops 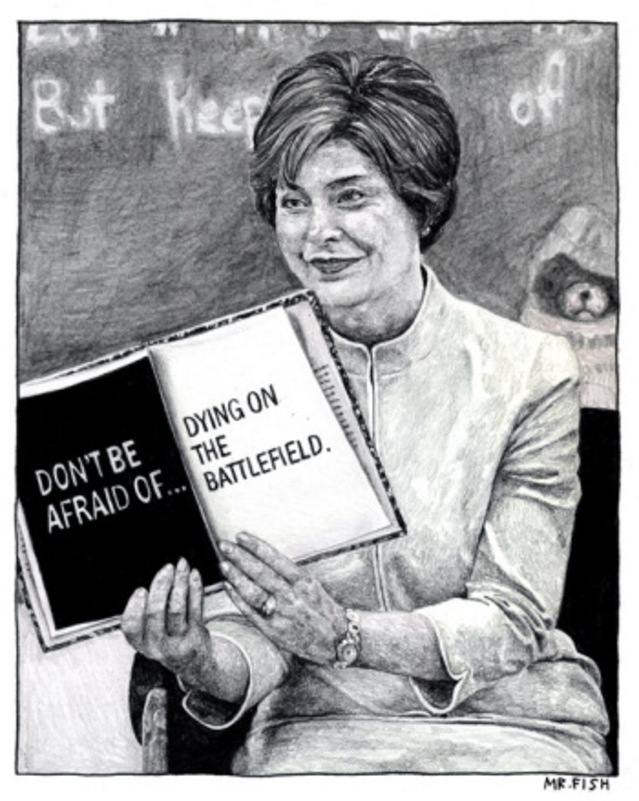 Non commissioned officer, Sgt. Kevin Benderman refused to return to Iraq for a second tour of duty when he became aware of the immorality of the war. He applied for Conscientious Objector status and was denied. He was court martialed and sentenced to time in a military prison at Ft. Lewis, Washtington. After serving about one year in prison he was finally released in August of 2006.Many of our soldiers of conscience will be punished by the Industrial/Miliatry/Political complex for standing up for truth and justice rather than become mercenary pawns for pre-emptive colonial wars of aggression. Here is part of an article from the Courage To Resist web site.

“The only way to bring peace to the world is to let the people of the world decide for themselves what they want to spend their efforts on. I feel that in this day and age governments start wars, and not people, and since the governments want the wars then why don’t we let the government fight the war? All of the politicians that want to fight a war are free to trade places with me at any time. I will gladly go and learn war no more.”After serving in the military for eight years, including a tour of duty in Iraq, Kevin Benderman filed for conscientious objector status in December 2004. His application was quickly denied, and on the weekend of Jan. 7, 2005 Benderman refused to re-deploy to Iraq with his unit.

“As I went through the process which led to my decision to refuse deployment to Iraq for the second time, I was torn between thoughts of abandoning the soldiers that I serve with, or following my conscience, which tells me: war is the ultimate in destruction and waste of humanity." As stated in Benderman’s article, "A Matter of Conscience."

Support The Troops!These are the true heros who fight for truth and justice around the world. It concerns me that we don't read, see, or hear more about these Soldiers of Conscience in our American media. Either the media is too busy spewing propoganda to further indoctrinate the American people into thinking that they are doing a wonderful thing bringing "freedom and democracy" around the world under the point of rifles and missles or the corporate media is feathering its own nest fueling immoral militaristic activities because it is good for business and their bottom line. Many corporations and stock holders are profiting while hundreds of thousands of people are dying. I say a prayer of thanksgiving for people of conscience like Kevin Benderman and his family.

Kevin Benderman was declared a Prisoner Of Conscience by Amnesty International.

rell Anderson refused to return for a second deployment to Iraq beause he came to believe that the war there was sinful and immoral. Like the generation before him, he went to Canada, but returned home in late September and turned himself in to authorities of the industrial/military/political complex for prosecution and punishment for following his conscience and refusing to kill any more for the United States in its immoral and pre-emptive war of aggression. Here is a brief part of whats been written about Specialist Anderson on the Courage To Resist web site.

Shortly past Noon on Friday, October 6, Iraq war veteran and war resister Darrell Anderson was released from Ft. Knox after turning himself in to military custody on October 3. According to his attorney, Jim Finnerty, Darrell will receive an "other than honorable" discharge without facing court martial. He expects discharge papers to be mailed to Anderson within days.

Before turning himself in Darrell held a press conference at the Colvin Community Center in Radcliffe, KY. "I feel that by resisting I made up for the things I did in Iraq," he said. "I feel I made up for the sins I committed in this war." Shortly after, surrounded by his wife, mother and step-father, military veterans, and representatives of both national and local Kentucky peace groups Darrell Anderson turned himself in to military police at Ft. Knox, KY. In spite of the risk of prosecution, Anderson decided that he wanted to return to home and family. View video of press conference

Lt. Ehren Watada is the first commissioned officer to stand up for his conscience and refuse to participate in the immoral war in Iraq. Here is part of what it says on the web site "Thank you Lt. Ehren Watada:

Lt. Ehren Watada, for those who don't already know, became the first commissioned officer to publicly refuse deployment to the unlawful war and occupation in Iraq. While doing this on June 22, 2006, Watada said, "As the order to take part in an illegal act is ultimately unlawful as well, I must refuse that order."

Today, I have begun a new category on my blog called "Soliders Of Conscience". I will be adding further posts on other courageous solders of conscience who have stood up to the industrial/military/political complex. Support the troops who have more good sense and conscience than the politicians.