M. Scott Peck called it a therapeutic depression. What he meant by that is the idea that once a person extricates herself from a dysfunctional system of relationships, she looks back and realizes just how dysfunctional the system is. She may want to tell this to the people stuck in those relationships, but knows that, more likely than not, this information will fall on deaf ears and be rejected, leaving her feeling sad and impotent.

Karl Jaspers said one time that his definition of tragedy is "awareness in the excess of power". In other words, to know how things should be, could be, ought to be, but not having the power to make it happen, leaves one in a tragic situation. That's why they say that "ignorance is bliss", because what you don't know can't bother you, but once you do know, things will never be the same again.

Jesus says in Luke 12: 51-53, "Do you think I came to bring peace on earth? No, I tell you, but division. From now on there will be five in one family divided against each other, three against two and two against three. They will be divided, father against son and son against father, mother against daughter and daughter against mother, mother-in-law against daughter-in-law and daughter-in-law against mother-in-law."

Keep your own counsel. It is best to be mute unless there is a person who can benefit from your awareness. It is difficult to share your wisdom unless people are ready; they are in the same place that you are. Traveling a spiritual path is a lonely, and solitary business. Occasionally we can help others along the way, but to walk along side is a rare experience. Better to find someone a little further along the way that can encourage and enlighten you.

Did you hear about the farmer who tried to teach his pig to sing? It frustrated the heck out of the farmer, and annoyed the heck out of the pig. As M. Scott Peck tells us, having chosen the Road Less Traveled to take through life can lead to great joy and satisfaction, but as we view the situation around us with compassion, it also can contribute to a therapeutic depression, one which Prozac will not help, but prayer, hope, and encouraging words judiciously shared when the timing is right, might. 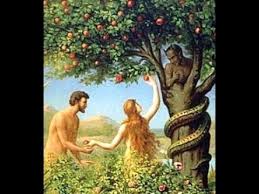 Chapter One
Original Sin
In order to understand A Course In Miracles, the student must first comprehend its metaphysics. “Metaphysics” is the study of thought systems describing ultimate reality. ACIM is based on the idea of the Oneness of the Ultimate Reality. Human consciousness was born from what ACIM calls the “tiny mad idea” that human beings, God’s creations, could be separate from God.
This “tiny mad idea” lead to the birth of the ego which believes that it, itself, is God, and this mistaken belief, leads to suffering.
This egotistical belief that the self is God is manifested in many ways that are called sin, mistakes, illusions, delusions, wrong mindedness, and insanity.
ACIM teaches that its purpose is not to teach the meaning of Love for that cannot be taught, but to make one aware of the blocks and obstacles to the awareness of Love’s presence, the beatific Oneness that we call heaven, the kingdom, Nirvana, bliss, peace, home.
The primary vehicle which the ego uses to establish its kingdom is what ACIM calls “special relationships” which are based on guilt, fear, and wrong mindedness. This guilt, fear, and wrong-mindedness is manifested in “give to get” and “one or the other” dynamics of special relationships. This can simply be called “conditional love.” “I’ll love you if….” And “it’s all your fault, and “you made me do it.”
Unitarian Univeralism does not believe in separation and exclusion. Unitarian Univeralism is what is called a “covenantal” religion because it is based on a covenant to affirm and promote seven principles. Unitarian Universalism is about joining with Unconditional Love rather than about separation based on differences that judge, punish, and exclude.
The practices of Unitarian Universalism are counter-cultural. They are not based on individual ego, but on recognition, acknowledgment, and functioning based on interdependence.
The original sin was the egotistical thought that the self was God. This thought system is alive and well in our secular and religious societies to this day. Unitarian Univeralism offers a different view and based on this a different way of life.